» Events » Events by artist » The Breeders 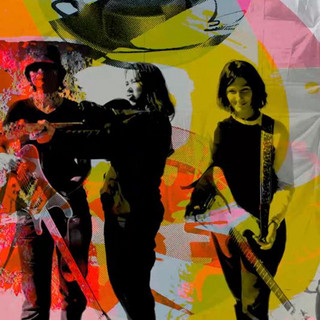 The Breeders tickets and 2023 tour dates

The Breeders are an American rock band, formed in 1988 by Kim Deal of Pixies and Throwing Muses' Tanya Donelly. After those original bands became less active, The Breeders became more important to both artists. A tape was sent of their original demos to Ivo Watts-Russell, who immediately signed the band to his 4AD label in 1989. Their debut album, "Pod", was recorded by Steve Albini and released on 4AD in 1990. Deal's influence is obvious, but bassist Josephine Wiggs and Slint drummer Britt Walford (credited here as Shannon Doughton) add to the ensemble sound.

By the release of the four-song EP "Safari" in 1992, Deal was done with Pixies and had enlisted her twin sister Kelley Deal to play guitar for the Breeders. Donelly exited the band to form Belly, and drummer Jim MacPherson joined in time for "Last Splash" in 1993. The album spawned the hit "Cannonball."

In 1995, Kelley Deal was involved in a drug bust, so sister Kim formed the side project The Amps with MacPherson, bassist Luis Lerma (member of Dayton, Ohio band The Tasties) and guitarist Nate Farley, who later joined Guided by Voices. The Amps released the album "Pacer" in October of 1995. Following drug rehab, Kelley started the The Kelley Deal 6000 and also formed the unlikely Last Hard Men with Skid Row singer Sebastian Bach, ex-Smashing Pumpkins drummer Jimmy Chamberlin, and Jimmy Flemion of The Frogs.

The Breeders has been mentioned in our news coverage

Women Rock! Day 2023: The most influential women in music

Below is a sample playlists for The Breeders taken from spotify.

Do you promote/manage The Breeders? Login to our free Promotion Centre to update these details.