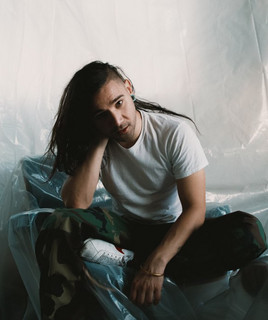 In the early days he was a member of First to Last as the lead singer before starting his solo career in 2007.

In 2009 following the release of the Gypsyhook EP Moore had been scheduled to record his debut studio album, Bells however he ceased recording, choosing to begin performing under the name Skrillex, announcing this with the My Name Is Skrillex EP for free download on his official MySpace page.

Later that year he was also nominated for the BBC’s Sound of 2012 and was named MTV's Electronic Dance Music Artist of the Year.

He has collaborated with many artists including Diplo, Missy Elliott and Boys Noize

Skrillex has been mentioned in our news coverage

Here are the latest Skrillex mixes uploaded to Soundcloud.

Do you promote/manage Skrillex? Login to our free Promotion Centre to update these details.