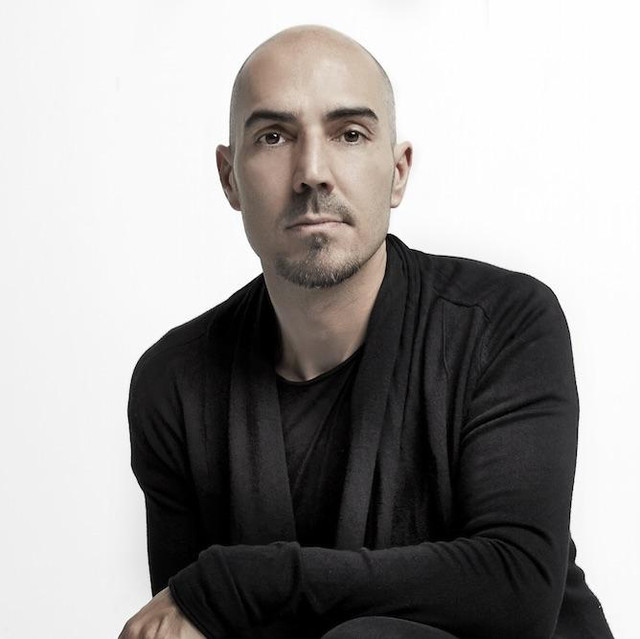 Sam (Samuel) Paganini became dedicated to the fascinating world of music early on. When he was 15, after playing the drums, guitar and the piano in various local rock band his obsession turned to the decks. After bought his first set of turntables he started spinning a wide range of Acid House andTechno at local parties and clubs.While working as a DJ, Sam became interested in electronic music and in technical recording. As a result, Sam produced several demos that sparked that interest of Media Records that contacted him in 1993. In 1997 Sam established his own “Cellar Rock Studio” where he could now experiment more with sound and search for a new dimensions of his music.

PAGANINI TRAXX - Zoe as the first record to define his style. The instrumental record became Number 1 in the English club chart and was highly rated and appreciated by the specialized press. “Zoe” became a real classic techno-progressive hit and was suppor ted by Sasha, John Digweed, Paul Oakenfold and later remixed by Timo Maas.

His discography is very huge, from 2000 and onwards Sam produced another club banger called “Reaching Out”, he’s released records for Southern Fried, Octopus,Terminal M, Phobiq, Material, 1605 Music Therapy, Driving Forces Rec, Android Muziq, Amazing records, 303 Lovers,Toolroom, Rusted, and remixing artists like DAVID MORALES and DJ PIERRE, SPEKTRE,TOM HADES, SIAN, SASHA CARASSI,TOMY DECLERQUE, MINICOOLBOYZ, D-UNITY... “THE BEGINNING ep” on 2010 released on Form (Popof ’s label) is a good example of deep, but banging techno, tracks like “Stratos”, “Strobe” or “The Beginning” was played by Richie Hawtin, Dubfire, Marco Carola, and many others. 2011 marks another Big step, signing a 4 tracks ep “Cobra EP” on legendary Richie Hawtin’s Plus8 rec, (one of the vanguards of Detroit Techno). Many of Techno’s Leaders had their debut on Plus8 records (Plastikman, Kenny Larkin, Speedy j, Daniel Bell...) “Cobra EP”reachedTop 10 Beatport’sTechno Chart on October 2011. With “Prisma EP” on Beyer’s Drumcode Sam’s reached again Top 10 Beatport’s Techno Chart on january 2012, was supported by DJ’s from across the spectrum from Drumcode stalwarts like Alan Fitzpatrick and Slam through to house music legend Erick Morillo. After his debut on Drumcode on January, Sam’s back with another four-track EP “Eros”enormously well received on summer 2012 (Top 3 position on BeatportTechno Chart) and all tracks was massive supported by all the Big Dj’s all over the world. In November 2012 the track “Prisma” is included in the “The Sound Of The 13th Season” for celebrating the season of Cocoon in Ibiza, mixed by the legendary Sven Vath.

SAM PAGANINI has been mentioned in our news coverage

Here are the latest SAM PAGANINI mixes uploaded to Soundcloud.

Do you promote/manage SAM PAGANINI? Login to our free Promotion Centre to update these details.