» Events » Events by artist » Peter Hook and The Light 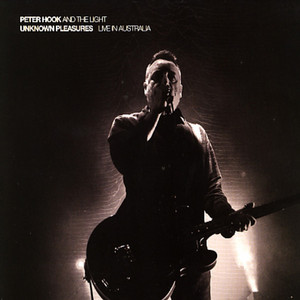 Peter Hook and The Light tickets and 2022 tour dates

The pioneering sounds of the highly influential English bands Joy Division and New Order were dominated by the droning basslines of Peter Hook. In the late '70s, Hook's ominous bass enabled Joy Division to carve portraits of profound despair. Although the late Ian Curtis' harrowing lyrics and downcast vocals are often credited for Joy Division's bleak beauty, many of the group's songs were driven by Hook's sinister, throbbing bass. While badly tuned guitars were the rage during the punk era in late-'70s England, Hook's bass playing instilled the importance of rhythm in punk rock, helping to inspire a generation of dance-oriented new wave bands.

Movement After Ian Curtis hanged himself on May 18, 1980, Hook joined the other surviving members of Joy Division in New Order. He performed the lead vocals on New Order's first album, Movement ("Dreams Never End" and "Doubts Even Here"), and his bass-playing style became increasingly melodic as the band developed its use of sequenced, synthesized sounds. He also played some keyboards and electronic drums. Between the release of 1983's Power, Corruption & Lies and 1985's Low-life, Hook took part in the short-lived Ad Infinitum, an act featuring Lindsay Reade (then-wife of Factory boss Tony Wilson) and members of Stockholm Monsters; they released a cover of Joe Meek's "Telstar." In 1990, after New Order released Technique, Hook formed a side project dubbed Revenge and released One True Passion. Collaborating with Dave Hicks (guitar, keyboards) and Chris Jones (keyboards), Hook combined elements of techno and hard rock; he also sang. A second Revenge album, 1992's Gun World Porn, was released before New Order resumed with the 1993 album Republic.

Music for Pleasure While New Order went on an extended hiatus, Hook teamed up with vocalist David Potts (who had joined Revenge after that band's debut) and released Music for Pleasure as Monaco in 1997. Instead of shifting away from New Order's distinctive sound, Hook Xeroxed it; Potts even sounded oddly similar to New Order's Bernard Sumner. However, the album startled fans and critics with its well-crafted pop; the track "What Do You Want from Me?" even became a hit in clubs and on alternative radio stations. Monaco split up after label indifference temporarily shelved their self-titled second album; Monaco was finally released in 2000.

Hook remained restlessly active throughout the 2000s. He recorded two more albums with New Order (Get Ready and Waiting for the Sirens' Call) prior to leaving the band in 2007. He contributed basslines to recordings by a handful of acts, including Perry Farrell, Hybrid, and the Crystal Method. Freebass, a band he formed with fellow bassists Andy Rourke (the Smiths) and Mani (the Stone Roses) as initial members, issued a handful of EPs, along with a 2010 album (It's a Beautiful Life). Peter Hook and the Light were formed for the sake of performing Joy Division's two landmark studio albums, Unknown Pleasures and Closer, in their entirety, and were launched at The Factory, Hook's Manchester nightclub. In 2011, the band released an EP, 1102/2011, which featured a version of Joy Division's "Atmosphere" with Rowetta on lead vocals. Unknown Pleasures: Live in Australia was released around the same time. Throughout this phase of his career, Hook also DJ'ed, compiled The Hacienda Classics and The Hacienda: Acid House Classics, and even wrote a book, How Not to Run a Club. He also served as an executive producer for the Hacienda Classical project, which transformed the hits played at the club into orchestral pieces in live shows and on the 2016 album of the same name.

Peter Hook and The Light News

Peter Hook and The Light playlist

Below is a sample playlists for Peter Hook and The Light taken from spotify.

Peter Hook and The Light videos

Do you promote/manage Peter Hook and The Light? Login to our free Promotion Centre to update these details.