» Events » Events by artist » Mind Against 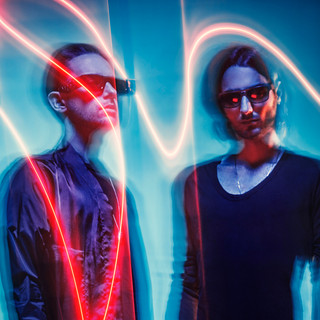 Mind Against tickets and 2022 tour dates

The project is born in 2011 and in 2012 they recorded and released their first single "Cagliostro" on breakthrough label Life and Death.

Through the same imprint, Mind Against released in 2013 their debut EP "Atlant" to critical acclaim.

In 2012 and 2013 the duo have also composed several remixes for, amongst others, WhoMadeWho, Art Department, Róisín Murphy, PillowTalk and Avatism on labels such as Kompakt, Cocoon Recordings and aforementioned Life and Death.

While heavily influenced from IDM and with clear roots in techno and house, in most of cases their sound can not be easily related to an established genre.

Mind Against has been mentioned in our news coverage

Maceo Plex, Tale Of Us and more to play Circus Liverpool's #saveourculture

Slam and Mind Against to feature at Soma 25th birthday

Tale Of Us launch Afterlife label with compilation album

Here are the latest Mind Against mixes uploaded to Soundcloud.

Do you promote/manage Mind Against? Login to our free Promotion Centre to update these details.