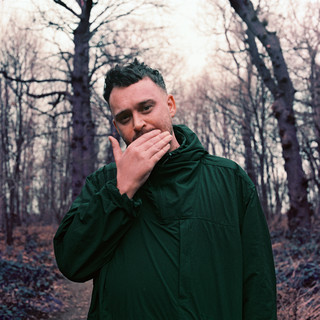 The primary alias of Nottingham, England native Matt Cutler, Lone debuted in 2007 with a CD-R, Everything Is Changing Colour. A series of 2008 and 2009 releases -- Lemurian (Dealmaker), Cluster Dreams (Dealmaker), Ecstasy & Friends (Werk Discs), and Joyreel (Werk Discs) -- positioned Cutler's project as something of a midpoint between admitted inspirations Madlib and Boards of Canada, as the producer combined off-center hip-hop beats with wistful, dreamlike layers and melodies.

While some tracks -- or sections of some tracks -- had dancefloor appeal, Cutler flipped a switch in 2010. The A-sides "Pineapple Crush" (Magic Wire) and "Once in a While" (Werk Discs), along with the full-length Emerald Fantasy Tracks (Magic Wire), retained the evocative feel of his earlier work while incorporating his affinity for early-'90s hardcore, house, and rave. The deeply indebted yet unique sound carried through the six-track Echolocations EP (R&S), then took a bit of a goofball turn on "All Those Weird Things," both of which were released in 2011. "Crystal Gardens 1991" previewed Galaxy Garden, a 2012 album for R&S. Another album for the Belgian label, the relatively downtempo Reality Testing, followed in 2014. Two years later, he explored his love of '90s jungle with the full-length Levitate. Cutler has also produced a handful of singles with Andy Hemsley as Kids in Tracksuits, and has released an album as one-half of the duo Kona Triangle. In 2017, Cutler offered an entry in the DJ-Kicks series, marking his first commercial mix album. It was led by the single "Saturday Night."

Lone has been mentioned in our news coverage

Who are Shunt Voltage and why all the DJ's?

Here are the latest Lone mixes uploaded to Soundcloud.

Do you promote/manage Lone? Login to our free Promotion Centre to update these details.