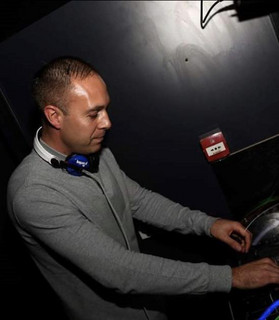 Logan D started to listen to jungle music in 1993 when he was just 10 years old. He was inspired by his dad, (Micky Finn) who was always playing the music when they were together.

By 1995, Logan D was up and running with his own set of technics 1210ï¿?s. It took him 9 months and he was mixing in tracks together tight. He then started playing on pirate radio stations such as Freedom FM, Pressure FM and Conflict FM.

In 1997, Logan D started to work in his local record shop, (Boogie Times) every Saturday. Through working there he was able to get access to promo records, test presses and get to know people within the scene.

The owner of Boogie Times then introduced and recommended Logan D to the owner of Kool FM & Jungle Fever (Eastman). Eastman asked Logan D for a demo mix tape, which Logan completed within 3 days and sent it off. Six months later Logan D got a phone call asking him to do a guest spot show as a one off on Kool FM.

So 1998, Logan D made his debut on London's and world's greatest Drum and Bass Station Back 2 Back with DJ Crissy Criss alongside MCï¿?s IC3 and Riddla. The show went so well and got such a good response that Eastman invited them both back for a prime time weekly set.

Also in 1998, he experienced playing at clubs such as Atomics (Kent), Astoria 2 (London), The Stratford Rex (London), The Scala (London), and the Chunnell Club (London).

Logan D has been mentioned in our news coverage

Below is a sample playlists for Logan D taken from spotify.

Do you promote/manage Logan D? Login to our free Promotion Centre to update these details.