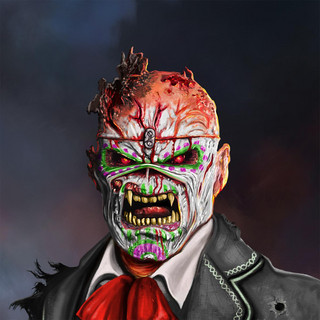 Iron Maiden is a New Wave of British Heavy Metal or nwobhm band from the United Kingdom. They formed in London, 1975 by bassist Steve Harris, they are one of the most successful and influential bands in the heavy metal genre, selling over 80 million albums worldwide. The band has so far released fifteen studio albums, four "best of" compilations, nine live albums and four limited boxed-sets. They have also won the Ivor Novello Award for international achievement in 2000. The band has changed their line-up several times up to 1999 when Bruce Dickinson and Adrian Smith returned to the band.

Iron Maiden has been mentioned in our news coverage

Below is a sample playlists for Iron Maiden taken from spotify.

Do you promote/manage Iron Maiden? Login to our free Promotion Centre to update these details.