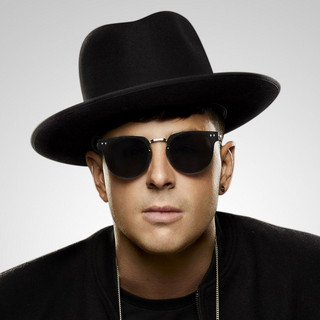 Tim Smith (a.k.a. Timmy Trumpet) is a musician, main room house DJ and producer based in Sydney. Smith made his big break in Ibiza; playing live trumpet solos over electronic dance music tracks during DJs shows.

Timmy Trumpet has successfully transgressed from the international stage as an acclaimed Jazz musician to the realm of global dance music. Now as a combined DJ/Instrumentalist, he's ranked in the top 3 DJ's in Australia (ITM Poll), performed at Ibiza's Pacha and Miami's WMC, and mixed both Ministry of Sound and Pacha CD's. Signed to Ministry of Sound, his last 3 singles have all reached the No. 1 spot on the Aria Club chart. Rightfully dubbed "the busiest DJ in Australia" Timmy averages 7 flights a week, juggling over 200 shows per year, including major festivals and international super clubs.

Timmy Trumpet is the No. 2 ranked DJ in Australia according to the 2014 inthemix DJ Awards.

Timmy Trumpet has been mentioned in our news coverage

Here are the latest Timmy Trumpet mixes uploaded to Soundcloud.

Do you promote/manage Timmy Trumpet? Login to our free Promotion Centre to update these details.