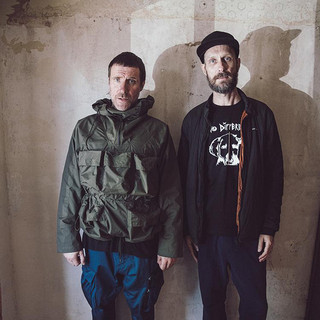 Once dismissed around their native Nottingham as "two skip rats with a laptop" the last 12 months has seen the Sleaford Mods simply knock all their detractors clear out of the way. The mounting hysteria surrounding their 2013 album " Austerity Dogs" has spread like chlamydia at a teenage house party and saw them topping many 'End of Year' lists worldwide. Along with a handful of limited 7" releases on labels as diverse as Matador and X-Mist, plus an extensive european touring programme have all helped to solidify their growing reputation as the 'ones to watch '.

Sleaford Mods has been mentioned in our news coverage

Below is a sample playlists for Sleaford Mods taken from spotify.

Do you promote/manage Sleaford Mods? Login to our free Promotion Centre to update these details.