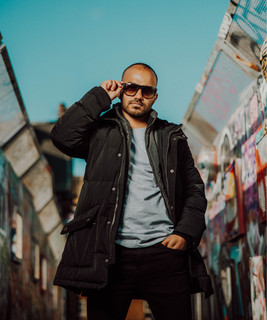 Born and brought up in Goa, Shane moved to London in 2007 where he has held residencies at various clubs and bars. Driving house music at its finest, he has been smashing peak time sets in and around the capital – Movida, Gilgamesh, Zoo bar and club, Diu-Lounge bar and club, Gigalum to name but a few. A clear favourite with “Electronic Sessions”, he has graced the decks for their legendary boat parties sharing the decks with well known artists in the business such as Sonny Wharton, Kolombo, Riley and Durrant, Orkidea, Michael Cassette, amongst others. He has also played at the infamous Ministry of Sound as well as Pacha with the likes of Dennis Ferrer, Steve Lawler, Mark Knight, Tocadisco, Benny Benassi, Copyright and made appearances for Defected in the house, Anjunadeep, Tool room Knights, Pukka Up and Viva Music.

Shane’s music is not merely restricted to clubs but has been tremendously enjoyed by Fashion forwards as well. He has compiled music for catwalk shows at London Fashion week and worked with designers Avsh Alom Gur, Bora Aksu and Ossie Clarke London. He also hosts his own radio show called ‘Summer-ized Sessions’ on Ideal Clubworld radio every Saturday from 6pm – 8-pm. In 2013 Shane launched Summer-ized Sessions parties across London. One of the highlights as he recollects was having the opportunity to join forces with Deeperfect records at Pacha with headliners Stefano Noferini and Marco Bailey behind the decks.

A true music fanatic, he indulges in genres ranging from House, Deep house to Tech house, Progressive house and Techno. His understanding of the intricacies of dance music comes through inspiration from artists like Mark Knight and Eric Prydz and Maceo Plex. He is at the top of his game right now but he believes in pushing boundaries and his immediate future plans include getting down in the studio and producing his own material in 2016.

Shane Fernandes has been mentioned in our news coverage

Here are the latest Shane Fernandes mixes uploaded to Soundcloud.