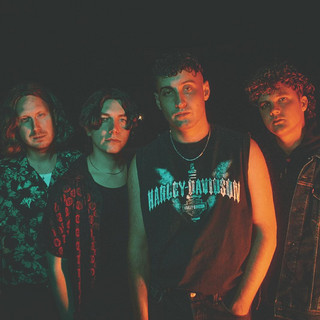 Following quickly on the heels of both the NME and Radio 1 Huw Stephens cherry-picking Sea Girls as Ones To Watch For 2018 the band have released `Heavenly War' EP2 which furthers the bold claim that they are one of the most reliable new bands for penning these instant indie-disco, festival ready anthems.

Written and fronted by Henry Camamile, the single Heavenly War now follows `Call Me Out’, ‘Lost’, and ‘What For’ as another timely example of what this young British band are capable of.

Arriving in London via Leicestershire and Kent, Sea Girls know there is nothing understated or apologetic about a bold chorus, especially one that can be sung in unison by thousands of fans together of all walks of life. Sea Girls have these choruses in spades.

Henry Camamile on `Heavenly War’ “This song is about that weirdly exciting but quite difficult conflict of feelings and events that makes our lives worth living. Ultimately describing that moment when you feel the best about life. I think it’s a really positive message.”

Following a series of live dates across the country throughout 2017, including repeat sold-out shows in London and recent first UK tour, Sea Girls will be playing at a festival near you this summer - check out `Live' section for latest dates.

Sea Girls has been mentioned in our news coverage

Here are the latest Sea Girls mixes uploaded to Soundcloud.

Do you promote/manage Sea Girls? Login to our free Promotion Centre to update these details.