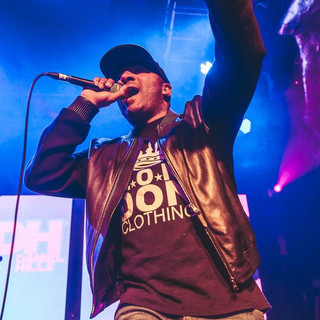 Mc Kie is known world wide, as one of, if not THE most, versatile, professional and commercially acceptable mc's within the UK Garage scene. He has been at the top of his game for the past 15 years and it does not look like this will be coming to an end very soon.

Kie came from a humble beginning. Growing up in Lewisham and practicing every day in his mums Garage (maybe that’s where his love of Garage came from?) he used to recite other mc's lyrics all day, perfecting his delivery. Kie never thought his break would come until one day after much perseverance, he met MC Styles who owned part of Magic FM. Kie introduced himself, spoke for a couple of minutes and was left with the parting comment.... We will be in touch!

They certainly were in touch. The next day they called Kie and asked him to begin hosting a show. That is where it all started. "It all started on Magic FM, bubblin' crew, every weekend" . Looking back, Kie often highlights just how much Styles, Rojay, Slim-D and Magic FM as a whole helped him to start moulding his success.

Being on radio gave Kie one of his biggest breaks yet. A chance to voice the advert for Cookies & Cream. An event which was promoted on Kiss 100 for at least 4 years. This meant Kie was being heard by thousands of people on a regular basis, allowing his crystal clear voice to become unmistakable with the public.

Over the years Kie, along with his partner in rhyme MC Sparks, has released numerous club anthems, the first and definitely the most prolific being Fly Bi, which by many is considered the number 1 UK garage MC anthem ever. As well as Fly Bi there has been Joy (2000 Remix), Love Come Down, Flow, Double Impact and more recently So Squalid, a record produced by mumdance featuring Sparks and Kie which really highlights 15 years on that Kie can hold his own when featuring on a club anthem. So Squalid is set to do huge things to clubland in 2011 and is already receiving support from Kiss 100 and Radio 1.

MC Kie has been mentioned in our news coverage

Below is a sample playlists for MC Kie taken from spotify.

Do you promote/manage MC Kie? Login to our free Promotion Centre to update these details.