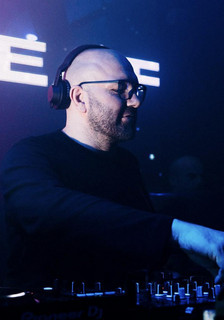 The 12th Man At YCC in Leeds

With over 20 years experience playing out to audiences from all over Europe and the UK, Marc Leaf is a true legend in his home town of Leeds.

In the early 90's Marc was a pioneering DJ on the house music scene playing at many underground warehouse parties and after clubs including the infamous Sonny's in Leeds where it all began! He has since gone on to play at iconic clubs such as The Mint Club, Stintky's, Pleasure Rooms, Glasshouse, Casa Locos to mention but a few!

Marc is also a very successful producer and remnixer. He has released many tracks on labels suchs such as Suesse, Groovedigital and Cr2.

Marc Leaf has been mentioned in our news coverage

Win VIP tickets to Garlands in Leeds AND Ibiza!

Here are the latest Marc Leaf mixes uploaded to Soundcloud.

Do you promote/manage Marc Leaf? Login to our free Promotion Centre to update these details.