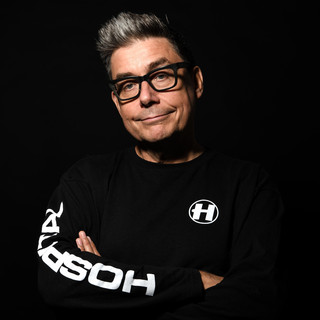 Get more information about Standon Calling 2021 including festival tickets, news, reviews and lineups.

London Elektricity (aka Tony Colman) has become a byword for groundbreaking 'fast soul music', ramming venues, destroying drum & bass crowds, leaving huge smiles from the Big Chill to Glastonbury and beyond, London Elektricity Live has always been 'out of this world'. The LE saga began way back in '96, and up until 2002 LE was a double-act. Tony Colman and Chris Goss made their mark in 98 with the epic Song In The Key Of Knife, and subsequent critically acclaimed debut album Pull The Plug. In 2002 Tony took on the project solo, as Chris concentrated on taking the NHS empire to the next level.

London Elektricity has been mentioned in our news coverage

Below is a sample playlists for London Elektricity taken from spotify.

Do you promote/manage London Elektricity? Login to our free Promotion Centre to update these details.