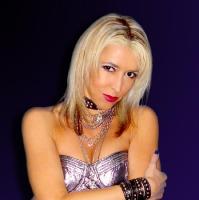 Lisa Pin Up(b. Lisa Chilcott) is one of a new breed of British female electronic dance music producers to emerge from the late 1990s. She is a hard house producer and part of the Nukleuz family. She is also a part-time model and ranked number 54 in Loadedâ€™s Hot 100 babes in 2002.

Lisa pin up has been mentioned in our news coverage

Do you promote/manage Lisa pin up? Login to our free Promotion Centre to update these details.