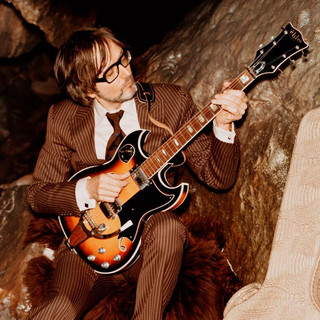 Jarvis Branson Cocker (born on September 19 1963, in Sheffield, United Kingdom) is an English alternative rock musician, best known for fronting the britpop band Pulp. Pulp disbanded in 2002, but Cocker has been busy. In 2003, he re-emerged to promote a new album A Heavy Nite With... for his new band, Relaxed Muscle. 2005 then brought Cocker briefly back into the limelight with his contribution to the soundtrack for "Harry Potter and the Goblet of Fire". He also collaborated with and wrote lyrics for Nancy Sinatra's and Charlotte Gainsbourg's comeback albums.

Jarvis Cocker has been mentioned in our news coverage

Below is a sample playlists for Jarvis Cocker taken from spotify.

Do you promote/manage Jarvis Cocker? Login to our free Promotion Centre to update these details.