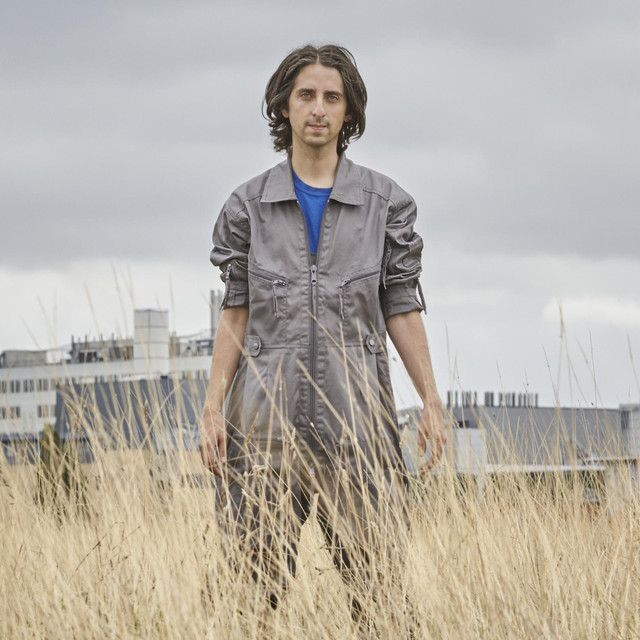 The release of James Holden’s long-anticipated second album The Inheritors in the summer of 2013 kicked off a bold new phase in the enduring British electronic guru’s musical career. An epic 75 minute long English pagan saga, the immersive and idiosyncratic alternative electronic universe of The Inheritors was the product of Holden’s late night studio jams on his modular synthesizer and custom hybrid analogue- digital machines. But with a recording process that had become so focused around the capturing of these private in-the-moment live performances, it was not long before the public act of travelling the world playing other people’s records as part of Holden’s international DJ career of over ten years standing began to feel increasingly out of step with his most recent studio explorations. The time had come to take the plunge with a live show all of his very own.

London-born jazz-trained drummer Tom Page (of brotherly synth-and-drum improv duo Rocketnumbernine) was Holden’s first recruit, joining Holden and a portable incarnation of his modular synth in an improvised reimagining of tracks from The Inheritors, in answer to an impossible-to-turn-down invitation from Thom Yorke to support his Atoms For Peace supergroup on their North American arena tour in the Autumn of 2013. Then once back home on the European festival circuit, the improvisational flourishes of French saxophonist Etienne Jaumet (Zombie Zombie) – whose free-sax freak-out adorns Inheritors highlight The Caterpillar’s Intervention – were a welcome occasional addition to the newly-formed synth-and-drum duo’s continuing live adventures.

By the time of the recording sessions for his third album The Animal Spirits during the hot and sticky summer of 2016, the band of fellow travellers squeezed into Holden’s London studio Sacred Walls now numbers six. The gentle English cornet of Marcus Hamblett (Bear’s Den, Laura Marling), the free-wheeling recorder vocalizations of Liza Bec and the seemingly bottomless bag of tricks of cosmic percussionist Lascelle Gordon complete the line-up of Holden’s fantasy “spiritual jazz band playing folk / trance music”, adding an extra expressive depth to his latest spiralling synth offerings. But here it is the star soloist of the ever-strident synth that sits front and centre, as Holden embraces his new-found role as band leader to explore the bountiful improvisational permutations of his new set of synth-led folk-trance standards. All-rounder Holden’s creative control over the Animal Spirits project is absolute, from building his own bespoke improvisation-ready synth and software, writing the melodic backbone of each track and directing his players, to self-recording, self-mixing and eventually also self-releasing the finished collection on his own Border Community imprint in late 2017. But in an era when so much electronic music is either painstakingly assembled entirely in a computer, or played back from one in the name of an “on rails” live show, for Holden, the goal of a genuinely live electronic performance is key. Gathering together “everyone in the same room at the same time” in a bid to capture what he calls the unfakeable “psychic communication” of a group performance, every minute of The Animal Spirits actually happened in a moment, recorded live in one room together in single takes, no overdubs, no edits, in accordance with Holden’s own self-imposed dogma. And crucially, Holden’s emphatic synth figures remain inextricably bound to drummer Tom Page’s expressive jazz flow in a fluid, dynamic dance care of a piece of self-coded mathematically-modelled interactive drummer-following software which keeps pace with the almost imperceptible – yet unmistakably human – micro-errors in timing that lend live drums their natural magickal groove. Thus Page is liberated from the tyranny of the click track which usually dominates any attempt to integrate real drums with live electronic performance, and a new organic symbiotic relationship between human and machine is born.

James Holden has been mentioned in our news coverage

Andrea Oliva Interview: 'It's something special, having your own night'

Here are the latest James Holden mixes uploaded to Soundcloud.

Do you promote/manage James Holden? Login to our free Promotion Centre to update these details.