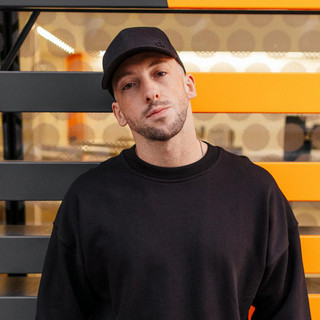 THE PRINCE OF WALES And POW in London

GW Harrison was always destined to be a DJ. His father was a key player in the famous UK rave scene of the nineties, and always intended for his son to get involved in the underground musical world. As such George W picked up his first DJ residency in a club aged just 13. This remarkable story of origin means Harrison really earned his stripes in front of unforgiving crowds, and so will always be far more experienced than his years. Born in Essex, Kent, and raised there ever since, Harrison’s first decks were gifted to him at 12, and it wasn’t long before he was laying down technically excellent and musically well informed DJ sets that made people dance.

Ever since then he has been involved closely in the music scene with emerging dance trends right at his fingertips. As such he was installed as resident at the legendary Gatecrasher whilst studying at university and spent many weeks in Ibiza across three informative seasons. It was at the White Isle that he played some of the most famous clubs in the world, always rocking the dance floor and picking up new fans as he went. With more and more eyes watching his every move and increasing numbers of ears tuned in to his every move, GW Harrison is now well established on the London scene. It has meant he has been snapped up to be a resident DJ at acclaimed Sunday party Abode, which happens at Studio 338. There he plays standout sets that that always inform and uplift his crowd with killer grooves and emotive synths.

GW Harrison has been mentioned in our news coverage

Here are the latest GW Harrison mixes uploaded to Soundcloud.

Do you promote/manage GW Harrison? Login to our free Promotion Centre to update these details.