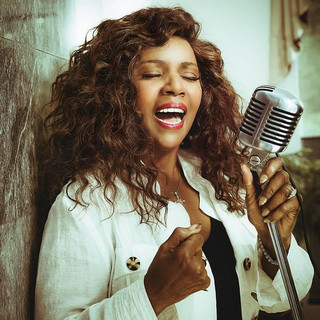 “I Will Survive” was recorded in 1978, as Gloria Gaynor’s tale of personal strength and was soon to become the greatest disco anthem of all time. (Gloria was in a back brace when this song was recorded!) In 1979, “I Will Survive” climbed to the top of Billboard’s Pop Charts and claimed the #1 position on two different occasions. Little did Gloria know, the song would grow into the banner for social survival which is still relevant after three decades of international airplay. This year marks the 30th Anniversary of the song which itself has survived in various forms and has been re-recorded over 200 times by various artists such as Gladys Knight, Chantay Moore, Diana Ross and Cake.

She was only 19 when she signed her first record contract with Columbia Records, and in 1975, Gloria made history when Billboard gave birth to the „Disco Action Charts.‟ Gaynor’s version of “Never Can Say Good-Bye” became the first Dance Song to reach #1 status in dance music, in 1980, “I Will Survive” won the Grammy for Best Disco Song and, in 1984, Gloria recorded “I Am What I Am,” which reached the Top 10 on Billboard’s Dance Disco Hits.

Now, more than 30 years later, Gloria continues to set the standard, and her popularity continues to flourish into the new millennium. In March of 2001, “Just Keep Thinkin’ About You,” topped the Billboard Dance/Club Charts at #1, while Gloria’s international hit “Last Night” with Giorgio Moroder debuted at #1 throughout Europe. Gaynor was also the first artist to record an album especially for clubs, and the first to do a mega-extended dance medley party mix, releasing 12″ dance singles that are now high-end collector’s items.

In 2002, Logic Records/BMG released the highly anticipated U.S. LP entitled “I Wish You Love.” That was her first worldwide release in 15 years. It gave birth to 4 #1 dance singles on Billboard’s Dance Charts and “I Never Knew” (radio version) made the top ten on Billboard’s Adult Contemporary Charts. She also recorded a new version of “I Will Survive” in Spanglish, recorded live in Brazil. During the same year, she was honoured at the World Music Awards in Monte Carlo with the coveted LEGEND award presented by long time fan Prince Albert and was the featured artist in the Tom Ford Tribute hosted by Tom and Rita Hanks. Gaynor made a splash on Broadway in the longest running musical revue, “Smokey Joe’s Café,” and on national TV, as a guest star on such popular programs as “That 70’s Show,” “Ally McBeal,” “The Wayans Brothers‟ Show,” “Don’t Forget The Lyrics,” and more, introducing her to a whole new generation of fans.

Live concerts are an integral part of Gloria Gaynor. She has touched audiences in more than 80 countries with her electrifying performances. On September 19, 2005 Gloria, along with her hit song “I Will Survive” were inducted into the Dance Music Hall of Fame during a ceremony that took place in New York City. “I Will Survive,” has been featured on the soundtrack of more than a half dozen major motion picture releases, and VH-1 honoured Ms. Gaynor with the number one spot during their countdown of the Top 100 Dance Records of All Time. Most recently, Gaynor travelled to Nashville to record a gospel version of “I Will Survive” entitled, “He Gave Me Life, I Will Survive.”

In between Gloria’s busy touring and personal appearance schedule, she managed to pen an autobiography, appropriately entitled, “I Will Survive” (St. Martin’s Press) which offers the reader a revealing incite into the artist’s exciting yet somewhat turbulent life. Additionally, Ms. Gaynor lends her support to numerous charities including the Susan G. Comen Breast Cancer Foundation (North Jersey Affiliate), the Hellenic Times Foundation, The Revlon Walk For Women and the Christian Broadcasting Network. Ms. Gaynor is a member of the United Cerebral Palsy Hudson County Board of Directors, financially supports Save the Children, sponsors three children through the Christian Children’s Fund, is a Chairholder for the New Jersey Crime Victims’ Law Center, was 2008 Honorary Chair for the New York Diabetes Association and supports Denise Rich’s Angel Ball, a foundation for Melanoma research.

Gloria Gaynor has been mentioned in our news coverage

Five For The Funk: Danny Tenaglia

Below is a sample playlists for Gloria Gaynor taken from spotify.

Do you promote/manage Gloria Gaynor? Login to our free Promotion Centre to update these details.