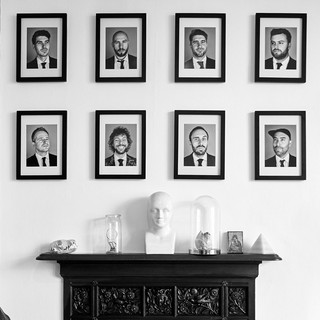 All nine members of Gentleman’s Dub Club met whilst studying in Leeds in 2006. They would go down to a regular dub night called SubDub which was run by Iration Steppas. These nights provided affirmation that they wanted to get into the scene themselves. On vocals is Jonathan Scratchley, Tommy Evans is on drums, Luke Allwood on keys, Nick Tyson on guitar, Toby Davis on bass and synths, Niall Lavelle on percussion, Matt Roberts on trumpet, Kieren Gallagher on sax and finally Harry Devenish sorting out the sound.

In 2013 they released their debut album ‘FOURtyFOUR’ which was a reference to the house number where they initially practiced together. They’ve since gone on to release four more albums and are currently in the midst of making their fifth.

They’ve become huge festival hits and have become synonymous with dub and soundsystem culture in the UK. Their reggae and electronic sound has quite a unique flavour to it and it makes for a spectacle when played live.

Gentlemans Dub Club has been mentioned in our news coverage

Below is a sample playlists for Gentlemans Dub Club taken from spotify.

Do you promote/manage Gentlemans Dub Club? Login to our free Promotion Centre to update these details.