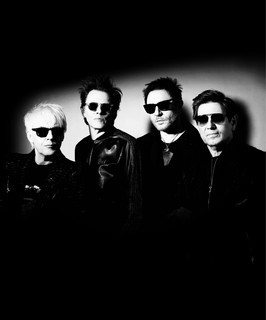 Duran Duran (named after a character in Roger Vadim's sci-fi classic, Barbarella) is an electronic pop-rock band that was part of the new wave music movement in the early 1980s. Created by Nick Rhodes (keyboards) and John Taylor (bass) in Birmingham, UK, 1978, with the later addition of Roger Taylor (drums), Andy Taylor (guitar), and Simon Le Bon (lead vocals), the band has sold more than 100 million records, making them one of the best-selling bands in history.

Duran Duran has been mentioned in our news coverage

Below is a sample playlists for Duran Duran taken from spotify.

Do you promote/manage Duran Duran? Login to our free Promotion Centre to update these details.