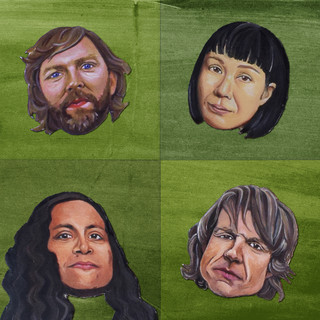 Satomi Matsuzaki plays bass and sings, Greg Saunier plays drums, John Dieterich and Ed Rodriguez play guitars. But what is Deerhoof really? Hell if we know. Pitchfork went so far as to label Deerhoof as "the best band in the world.” The New York Times described them as “one of the most original rock bands to have come along in the last decade.” From their humble beginnings as an obscure San Francisco noise act, they've become one of indie music's most influential bands with their ecstatic and unruly take on pop.

Read more about Deerhoof on Last.fm.

Deerhoof has been mentioned in our news coverage

Martha Reeves and The Vandellas at Gorilla review

Review: Deerhoof at Gorilla with Ichi and Cowtown

Below is a sample playlists for Deerhoof taken from spotify.

Do you promote/manage Deerhoof? Login to our free Promotion Centre to update these details.