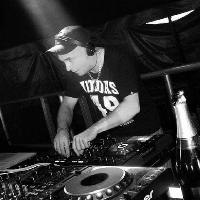 Daz Willott is one of the pioneers, his 30 year dj career grows stronger and he continues to stand out from the rest.

His career started at the legendary clubs Entropy and Shelleys in Stoke on Trent where he was a resident Dj from their conception. He also played regular sets at Eclipse in Coventry (The first legal all night dance venue in the UK), Amnesia House, Fantazia, vibealite, Die Hard and many more venues and events throughout the UK during the early/mid 90′s.

Darren then progressed on to the legendry Club Kinetic were he played on a regular basis alongside some of the biggest and best dj’s in the world including Carl Cox, Sasha, Judge Jules, Stu Allan, Top Buzz, Graham Park, Rat Pack, Micky Finn, Hixxy, Dave Seaman, Dougal, Doc Scott, Slipmatt, Brisk, Grooverider, Doc Scott, MC Energy and supported live P.A’s including N-joi, K-Klass, 808 state, Shades Of Rythym, Dream Frequency & Altern 8, the list of djs and bands he has performed along side is endless.

Daz Willott hasn't been mentioned in our news coverage

Here are the latest Daz Willott mixes uploaded to Soundcloud.