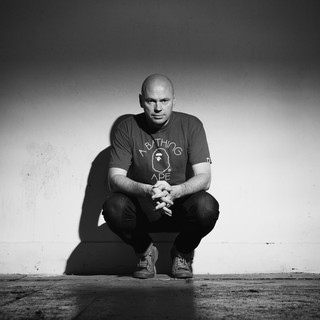 MOST DJs fall into club-life by accident due to their love of music. Not Dave Seaman. He decided he wanted to become a DJ when he was eight years old – and Played his first gig at 12. All his DJ dreams have long since come true, but he’s never lost his enthusiasm or his creative drive. Seaman has headlined clubs on every continent – he is one of the UK’s most travelled, most creative, and most celebrated DJs in the world. In Japan he was photocopied in a life-sized Xerox for a Levi’s advert; in Australia he presented an episode of the BBC’s Choice World Clubbing programme and was later profiled for Channel 4’s 4DJ series. His Global Underground mix albums have come from Melbourne, Cape Town and Buenos Aires.

He’s DJed for a Stella McCartney birthday party, got drunk with Robbie Williams, and lived in New York. As half of Brothers In Rhythm, he produced for Kylie Minogue & the Pet Shop Boys, remixed U2, Michael Jackson and Dido. He was the defining first editor of Mixmag and a resident DJ at Shelley’s, the legendary acid house club that launched the career of Sasha. He was there at the beginning of the British dance music revolution and he’s still one of its leading proponents today, his contagious enthusiasm unabated despite this glittering career.

Today Dave Seaman is more energized than ever - because he recognizes that British dance music, having gone back to its underground roots after a period of upheaval, is entering a renaissance. Outside of the mainstream, away from the UK’s transient pop-culture fashions, cool new scenes are forming in cities all over the UK. “We’re entering a new phase. Dance music in the UK needed to implode - the great acid house detox,” Seaman says. “We shed all the dead wood and hangers on. I feel like I’m starting again almost. It’s very exciting.”

Dave Seaman has been mentioned in our news coverage

Burning Man is coming to Europe

Below is a sample playlists for Dave Seaman taken from spotify.

Do you promote/manage Dave Seaman? Login to our free Promotion Centre to update these details.