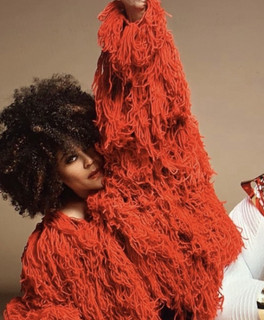 "Gypsy Woman" became a worldwide hit thanks to its la da dee la dee da refrain. The track reached #8 on the Billboard Hot 100 and became even more successful in Europe, reaching #2 in the UK. Her debut album didn't spawn any other big hits. The singer made an unexpected comeback in 1994 when "100% Pure Love" hit #11 in North America and became one of the longest charting singles on the Hot 100 (45 weeks). Her 1997 self-titled album included another Top 40 hit, "Say...If You Feel Alright," but since then mainstream success has eluded her. Waters still continues to release tracks that are successful on the Hot Dance Music/Club Songs chart, such as "Come On Down" and "My Time", "Lies", "Nights In Egypt", "Dancefloor" and "Never Enough." Her output has continued to be limited to singles however the hits continued into the next decade. Some of these songs include "Masquerade" , "Le Bump" (with Yolanda Be Cool) and "Say Yeah" (credited as Crystal Waters vs. Fred Pellichero). Read more on Last.fm. User-contributed text is available under the Creative Commons By-SA License; additional terms may apply.

Crystal Waters has been mentioned in our news coverage

BGT's Pete Waterman on stage at Sound on the Ground Blackpool

The Redlight at Sankeys Ibiza with Todd Terry review

Here are the latest Crystal Waters mixes uploaded to Soundcloud.

Do you promote/manage Crystal Waters? Login to our free Promotion Centre to update these details.