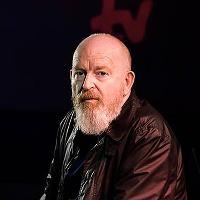 Alan McGee (born 29 September 1960) is a Scottish businessman and music industry executive. He has been a record label owner, musician, manager, and music blogger for The Guardian. He is best known for co-founding and running the independent Creation Records label from 1983 to 1999, and the Poptones label from 1999 to 2007. He has managed or championed successful acts such as The Jesus and Mary Chain, Primal Scream, My Bloody Valentine, Oasis, and The Libertines. He was also the lead singer and guitarist for the indie pop group Biff Bang Pow!, who were active from 1983-91.

Alan McGee has been mentioned in our news coverage

Catch IDLES' Joe Talbot in conversation across the UK

Sing me something new #3: Shambolics

Do you promote/manage Alan McGee? Login to our free Promotion Centre to update these details.