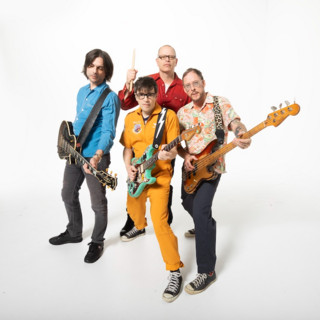 Weezer is an American alternative rock band. Formed in 1992, they have released seven full length albums, four EPs, and a DVD. Their latest album, Raditude, was released on November 3rd, 2009. They have sold over 7 million records in the United States to date. The Beginning (1992-1993) Weezer formed on February 14, 1992, in Los Angeles, California by Rivers Cuomo, Patrick Wilson, Matt Sharp, and Brian Bell.

Weezer has been mentioned in our news coverage

FREE TICKETS to our club-nights this weekend

Below is a sample playlists for Weezer taken from spotify.

Do you promote/manage Weezer? Login to our free Promotion Centre to update these details.