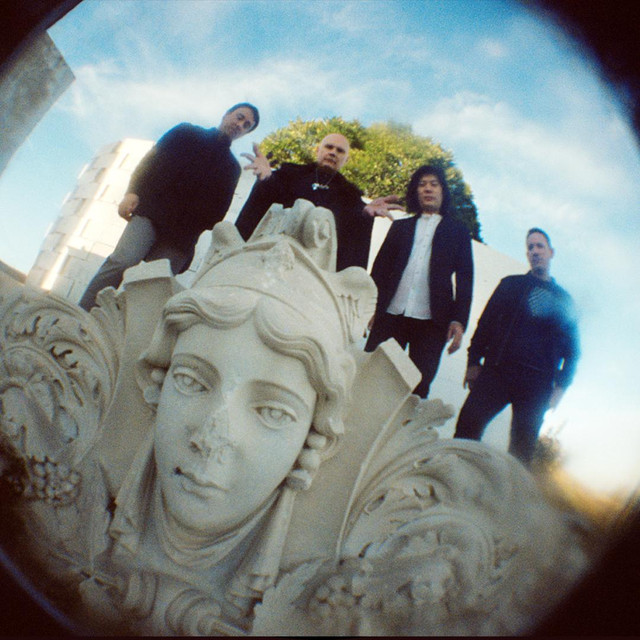 The Smashing Pumpkins are an alternative rock band, formed in Chicago, Illinois, USA, in 1988. Billy Corgan and James Iha met in a record store, and began performing in local nightclubs with their bassist, D'Arcy Wretzky, using a drum machine. Playing with a drum machine frustrated both the band and their audience, and so Chicago jazz drummer Jimmy Chamberlin was hired soon afterwards. Less influenced by punk than many of their contemporaries, the Pumpkins had a densely layered, guitar-heavy sound, with powerful loud-to-soft-to-loud transitions, while still picking up grunge, heavy metal, power pop, psychedelic rock, shoegaze-style production. In later recordings, namely Adore, the fourth album, an electronica flair filtered in after Jimmy Chamberlin temporarily left the band for drug rehab. Though Jimmy Chamberlin returned for their fifth album, Machina/The Machines of God, electronica undertones remained. The emotional tone of bandleader Billy Corgan's songs ranged from angry (X.Y.U.) to dour (Disarm) to jubilant (Cherub Rock). Selling more than 18.3 million albums in the United States alone (as of 2006), The Smashing Pumpkins were one of the most commercially successful and critically acclaimed bands of the 1990s. However, internal fighting, diminishing sales, drug problems, cultural vitality, and what is speculated to be improper treatment from their record company, hampered the band in their later years, leading to the 2000 break-up. Prior to the complete dissolution of the original line-up, their final tour (dubbed "Sacred and Profane"), featured former Hole bassist Melissa Auf Der Maur to fill in the gap left by D'Arcy Wretzky, who left in September of 1999. Besides touring with the band she also appeared in the videos accompanying "Machina/The Machines of God". The band's final album, "MACHINA II / The Friends And Enemies of Modern Music" was unofficially released on vinyl in 2000, prior to their break-up, with the record company refusing to back the band with a pressing. Only 25 vinyl copies were made, each signed by the band. The album was then released across various fan sites by those who received the album and transferred it digitally, as a final tribute to the band's supporters. Problems have been seen since then with Billy Corgan, James Iha (who later joined A Perfect Circle), and D'Arcy Wretzky, both of whom started their own record company Scratchie Records. Billy Corgan would continue from there first forming the band Zwan with members Matt Sweeney, Paz Lenchantin, David Pajo, and Jimmy Chamberlin. After a bad breakup shortly after their debut album Mary Star of the Sea Billy turned solo and released the album TheFutureEmbrace. Jimmy Chamberlin formed the Jimmy Chamberlin Complex, and Corgan recorded vocals for them on the track entitled Loki Cat. In mid-april 2006 The Smashing Pumpkins "reunited" with original members Billy Corgan and Jimmy Chamberlin . They performed live as The Smashing Pumpkins for the first time in 6 and a half years on May 22, 2007 in Paris, France. There, the band unveiled new members Jeff Schroeder, Ginger Reyes and Lisa Harriton who took over rhythm guitarist, bassist and keyboard duties respectively. The new line-up's first studio album, titled "Zeitgeist", was released on July 10, 2007 to mixed reviews. It debuted at #2 on the Billboard 200, and in the top ten for several other countries. On Jan 2, 2008 the Pumpkins released the American Gothic EP exclusively on iTunes as part of an expanded version of Zeitgeist. The four tracks: "The Rose March", "Again Again Again (The Crux)", "Pox", and "Sunkissed" demonstrate a more acoustic sound when compared to the rest of Zeitgeist. In March, 2008 the group contributed the song "Superchrist" to a compilation CD released by Guitar Center. Though Corgan and Chamberlin have continued to record as a duo, Jeff Schroeder indicated that he might be contributing to future recordings. No longer signed to a record label, Corgan and Chamberlin purchased a recording studio in Chicago and began recording in May, again, as a pair. The band released the single G.L.O.W. on October 1st of 2008. On March 20, 2009, it was announced Jimmy Chamberlin had left the band, leaving Billy Corgan the only original member left in the band. It is reported Corgan plans to continue using the Smashing Pumpkins name and return to the studio to make new music. On August 17th, 2009, Mike Byrne was confirmed as the new Smashing Pumpkins drummer. Formally announced by the frontman Billy Corgan on September 16, 2009, the 44-song concept album Teargarden by Kaleidyscope will be released over the Internet, from the band's official website for free, one song at a time. Available for download so far are: "A Song for a Son" from December 8, 2009; and "Widow Wake My Mind" from January 18, 2010. http://www.smashingpumpkins.com http://www.myspace.com/smashingpumpkins User-contributed text is available under the Creative Commons By-SA License and may also be available under the GNU FDL.

The Smashing Pumpkins has been mentioned in our news coverage

Kagoule: That was me trying to not write a song

Below is a sample playlists for The Smashing Pumpkins taken from spotify. 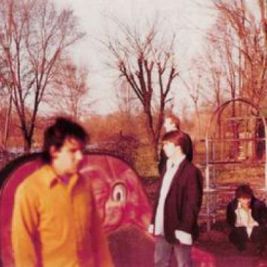 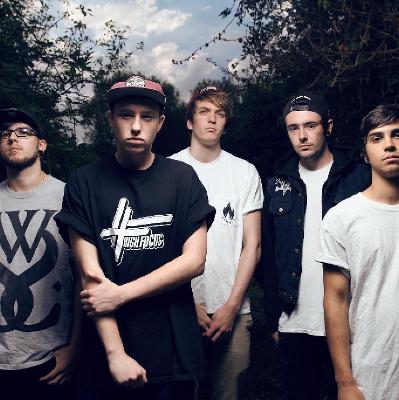 Do you promote/manage The Smashing Pumpkins? Login to our free Promotion Centre to update these details.