» Events » Events by artist » The Jacksons 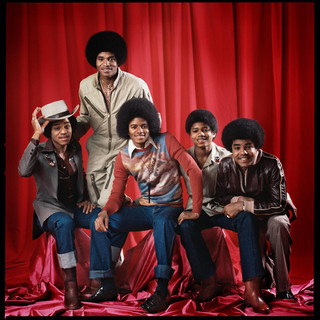 The Jacksons tickets and 2023 tour dates

The Jacksons (formerly known as The Jackson 5, The Jackson Five, The Jackson 5ive or abbreviated as J5) was an American popular music quintet from Gary, Indiana, USA. The group, active from 1964 to 1990, regularly played from a repertoire of R&B, soul, funk, and later disco. Considered "one of the biggest phenomenons in pop music" during the early 1970s, the Jackson 5 are also notable for launching the career of their lead singer, Michael Jackson.

The primary members of the group were all the sons of Katherine and Joseph Jackson: Jackie Jackson, Tito Jackson, Jermaine Jackson, Marlon Jackson, Michael Jackson, and Randy Jackson (see Randy & The Gypsys). Joseph Jackson formed the band in 1964 and served as its manager, with Jackie, Tito, Jermaine, and unrelated youths Reynaud Jones and Milton Hite comprising its original lineup. Within a year, Michael and Marlon joined the band, and Michael became lead singer as the group developed a following in the eastern and midwestern United States during the mid-1960s. Signed to the Motown label from 1969 to 1975, and to CBS Records (as "The Jacksons") from 1975 until their disbanding in 1990, the Jackson 5 were one of the most popular groups of the era and became the first recording act to have their first four major label singles (I Want You Back, ABC, The Love You Save, and I'll Be There) reach the top of the American charts. Several future singles, among them "Mama's Pearl", "Never Can Say Goodbye" and "Dancing Machine", were Top 5 pop hits and number-one hits on the R&B singles chart. Most of the early hits were written and produced by a specialized songwriting team known as The Corporation™; later Jackson 5 hits were crafted chiefly by Hal Davis.

While not the first act considered a "boy band", The Jackson 5 is one of the earliest examples of the type as it is defined today: five adolescents specifically packaged and marketed by a record label for crossover pop success. Upon their departure from Motown for CBS in 1975, the Jacksons, were forced to change their name and trade Jermaine (who remained at Motown) for Randy. The group took control of their songwriting, production, and image, and their success continued into the 1980s with hits such as "Shake Your Body (Down to the Ground)" and "State of Shock", and a highly successful 1984 Victory tour. The Jacksons officially disbanded in 1990.

The Jacksons were a working-class family from Gary, Indiana. Katherine, being a Jehovah's Witness, raised the children as such, while their father, Joe, was not of that faith. Their father, a steel mill employee who often performed in an R&B band called "The Falcons" with his brother Luther, was a strict disciplinarian. Many of the Jackson children recall being severely beaten by Joe for misbehaving.

The Jacksons has been mentioned in our news coverage

Five of The Best Acts at Lovebox festival 2017

The Jacksons come to Scarborough

Below is a sample playlists for The Jacksons taken from spotify.

Do you promote/manage The Jacksons? Login to our free Promotion Centre to update these details.