» Events » Events by artist » The Hacienda 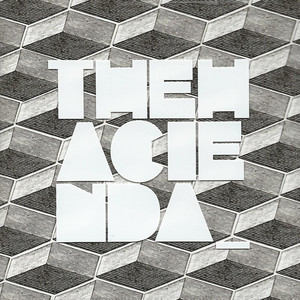 The Hacienda tickets and 2022 tour dates

The Hacienda (a name borrowed from the historical Manchester club) is a music project formed by five guys from Florence, Italy.

In 2009, the band released their first EP “Conversation Less” with Black Candy Records. The promotion tour led the band to play more than 130 shows between Italy, Germany, UK, Austria and Czech Republic. The band also shared the stage with acts like Kasabian, The Kooks, Futureheads, Twisted Wheel and Deep Purple.

In August of 2010, The Hacienda started the recording session of the new album “Picking Pennies Off The Floor”. The LP, released in 2011, received positive reviews from Italian music critics leading the band to support Beady Eye during their Italian tour. Furthermore, in fall 2011, the Hacienda had the chance to tour England and Wales with Catfish and the Bottlemen.

In 2012, the band collaborated with Wemen for a special split EP. The following tour consisted of a series of gigs across Italy and UK, opening a show for Black Lips and appearing at the Hungarian festival Sziget in the summer of 2013.

In December 2013, The Hacienda relocated to London and started working on new material.

Their new namesake EP, recorded at Fish Factory Studio in North London, has been released on the 10th of October 2015. The artwork has been designed by Ian Skelly (The Coral, Serpent Power) and the video of the first single, North Pole, has been directed by Dominic Foster.

The Hacienda has been mentioned in our news coverage

Here are the latest The Hacienda mixes uploaded to Soundcloud.

Do you promote/manage The Hacienda? Login to our free Promotion Centre to update these details.