» Events » Events by artist » The Congos 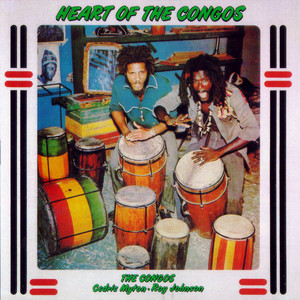 The Congos tickets and 2021 tour dates

The Congos are a reggae vocal group from Jamaica which formed as a duo with Ashanti Roy (tenor) (b. Roydel Johnson, 1947, Hanover, Jamaica) and Cedric Myton (falsetto) (b. 1947, Saint Catherine Parish, Jamaica), later becoming a trio with the addition of Watty Burnett (baritone) (b. early 1950s, Port Antonio, Jamaica). and have been active on and off from the mid-1970s until the present day. They recorded the classic Heart of The Congos in 1977, with producer Lee "Scratch" Perry at the Black Ark Studio.

Myton had previously been a member of The Tartans in the late 1960s (along with Prince Lincoln Thompson, Devon Russell and Lindburgh Lewis), and Ras Michael's group, and had recorded with Thompson's Royal Rasses in the mid-1970s. He formed the Congos, initially as a duo with Johnson, recording the single "At the Feast" for Lee "Scratch" Perry. Perry expanded the group to a trio with the addition of Burnett, this line-up recording the classic roots reggae album Heart of the Congos in 1977 at Perry's Black Ark studio. The album featured illustrious backing singers such as Gregory Isaacs, The Meditations, and Barry LLewellyn and Earl Morgan of The Heptones. The album has been described as "the most consistently brilliant album of Scratch's entire career".

Perry's previous productions by Max Romeo and Junior Murvin had been huge commercial successes thanks to a deal with Island Records, but Perry was in dispute with Island at the time the Congos' album was finished, so it was released on his own Black Ark label, limiting its success overseas, and causing a rift with the group. The Congos went their own way, organising a limited pressing of the album themselves. United Kingdom label Go Feet eventually reissued the album in 1980, and although the group had recorded new material since leaving Perry, Heart of the Congos proved a hard act to follow and their other releases suffered as a consequence. Albums such as Congo Ashanti were sparser and sounded ordinary compared to Perry's kitchen-sink-and-all massive productions.

Burnett quit the group, soon followed by Johnson, who embarked on a solo career. Myton continued to record as The Congos with various other musicians until the mid-1980s.

In the mid-1990s, The Congos reformed, with Myton and Burnett joined by Lindburgh Lewis, several albums following in subsequent years. In 2005 Myton recorded Give Them the Rights with a host of backup singers and star session players such as Sly and Robbie and Earl "Chinna" Smith, very much in the spiritual 70s roots vein. In 2006, the UK reggae revival label Blood and Fire released the album Fisherman Style featuring a remixed version of the classic cut "Fisherman" from Heart of the Congos plus such legends as Horace Andy, Big Youth, Dillinger, Prince Jazzbo, Luciano, Freddie McGregor, Gregory Isaacs, Max Romeo, Mykal Rose, Dean Fraser, Sugar Minott, and U-Roy doing their own new versions over the original rhythm.

In 2002, they appeared on the album The Slackers and Friends by the ska/reggae band The Slackers.

The Congos has been mentioned in our news coverage

Below is a sample playlists for The Congos taken from spotify.

Do you promote/manage The Congos? Login to our free Promotion Centre to update these details.