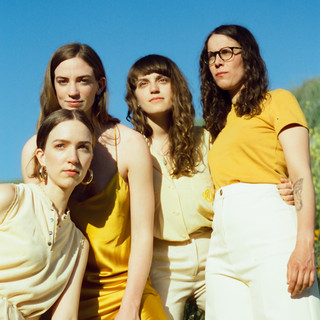 The Big Moon are a young four-piece consisting of Juliette, Soph, Celia, and Fern.

It’s been a hectic eighteen months for London’s The Big Moon. Mapped out largely on the road across the US, Europe, and on repeat tours of the UK, the four-piece have firmly cemented their status as one of Britain’s best new bands, culminating in the release of one of the albums of the year so far 'Love in the 4th Dimension', and a string of sold out shows including London’s Village Underground.

The Big Moon has been mentioned in our news coverage

International Women's Day 2020 playlist (curated by the women of Skiddle)

Here are the latest The Big Moon mixes uploaded to Soundcloud.

Do you promote/manage The Big Moon? Login to our free Promotion Centre to update these details.