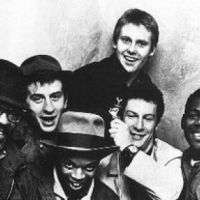 The Beat tickets and 2020 tour dates

The Empire in Coventry

There were two bands named The Beat, both active at the same time in the late 1970s and early 1980s. Both bands mutually decided to use different names while operating in North America: 1) The English two-tone ska band The Beat were known as The English Beat in North America. 2) The American power-pop band became known as Paul Collins' Beat.

The Beat has been mentioned in our news coverage

Below is a sample playlists for The Beat taken from spotify.

Do you promote/manage The Beat? Login to our free Promotion Centre to update these details.