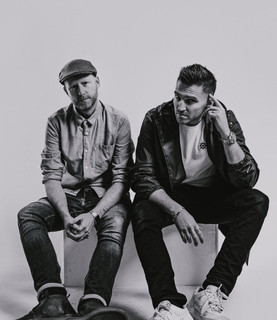 Musically rich, emotionally charged yet heavy drum & bass can be hard to come by these days so when the sounds of Pete Rogers and Andy Powell first wafted through the corridors of Shogun Audio HQ they immediately caught some attention.

Having started making music together back in 2008 as Technicolour & Komatic little could be known of what the future had in store but since then the boys have gone on to release their liquid infused mix of hyper-coloured D&B on labels such as Critical, Technique, Spearhead and a certain Sgn:Ltd.

Never resting their laurels Shogun Audio have been quick to recognise a bright future for the duo and are now very proud to announce the exclusive signing of the newly named Technimatic to the re-launched Sgn:Ltd imprint. Already with their next single lined up for October 2012 you can expect to be seeing and hearing a whole lot more from Technimatic over the coming months and years as they join the ranks of the one the biggest bass labels in the business.

Technimatic has been mentioned in our news coverage

Here are the latest Technimatic mixes uploaded to Soundcloud.

Do you promote/manage Technimatic? Login to our free Promotion Centre to update these details.