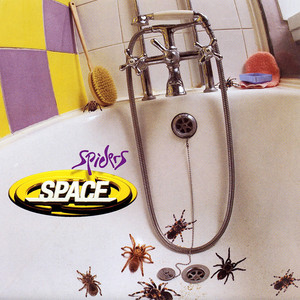 Space are an English indie rock band from Liverpool, who came to prominence in the mid-1990s with hit singles such as "Female of the Species", "Neighbourhood" "Avenging Angels" and "The Ballad of Tom Jones". They worked with both Tom Jones in 1999 and Cerys Matthews a year earlier. The band had formed in 1993 and released four studio albums, plus a number of charting singles, before eventually disbanding in 2005. In 2011, two years after the death of original drummer Andy Parle, the band announced they would reunite with Tommy Scott, Jamie Murphy and Franny Griffiths returning alongside three new members.

Like many British bands from the '90s era, the core of Space's sound was inspired by '60s guitar groups such as The Kinks and The Who, yet their imaginative use of electronic instruments and sampling drew mostly from hip hop and classic film soundtracks. The band were also known for their over-the-top, dark humoured lyrics, which often dealt with serial killers, failed relationships, social outcasts, and mental illness.

Space has been mentioned in our news coverage

England vs Senegal: Find World Cup screenings of the game this Sunday

Below is a sample playlists for Space taken from spotify.

Do you promote/manage Space? Login to our free Promotion Centre to update these details.