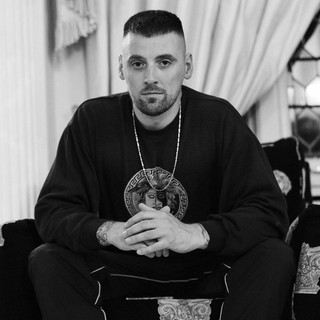 Taking his early queues from back in Bristol as a teenager, Redlight has certainly come a long way as a producer, DJ and artist in his own right over the course of his career. For the most part self-taught, much of his musical education stemmed from a wide range of interests - reggae, hip-hop and even horror films being some of his earliest and ultimately most important - but his recent output nods to a producer with far more than just a varied set of influences in his locker.

Now London-based and head of his own imprint Lobster Boy, Redlight has gone on to pen records with some of the world’s most iconic artists, including Mary J Blige, legendary rap figure Raekwon and most recently rising star vocalist Tinashe, with whom he joined forces on latest single ‘Pretend’. Currently putting the finishing touches to debut artist album project X-Colour - itself a glossy, thoughtfully curated body of tracks that encompass a myriad of different club-centric sounds - Redlight feels more than ready to build on the success of crossover singles ‘9TS’ and the anthemic ‘Gold Teeth’ too.

With plenty of pedigree on the touring circuit, including a recent run of dates in the US supporting BBC Radio 1’s Annie Mac, Redlight’s genre-blurring approach - as evidenced by his willingness to mix anything from garage, grime, hip-hop, house and even techno - also sets him apart as one of the UK’s most innovative selectors.

Redlight has been mentioned in our news coverage

Here are the latest Redlight mixes uploaded to Soundcloud.

Do you promote/manage Redlight? Login to our free Promotion Centre to update these details.