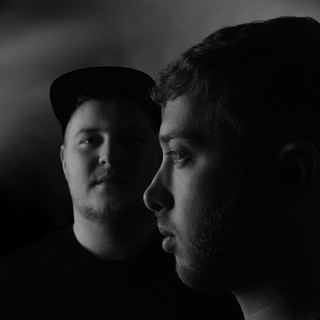 For remixes and all other inquiries: polaandbryson@gmail.com

Pola & Bryson are two of the most exciting next generation producers currently making moves in global drum & bass. Creating some of the biggest waves in the shortest time, they’ve shot into the scene with their own carefully sculpted brand of melodic, electronic music.

Having met back in 2012, mutually bonding over their shared love of drum & bass purveyors such as Roni Size, Commix, High Contrast, Logistics and Dom & Roland, Jack and Harry began producing music together when Harry made the move to London to study. Both classically trained from a young age on trumpet, piano and drums, the musical roots of Pola & Bryson run deep, a foundation for all their work that would follow.

Putting out their first D&B releases in 2014 and setting up their Soulvent Records label that same year, the P&B sound managed to push far and wide with a series of power moves through their own label events and networking, quickly garnering support from the underground with the likes of London Elektricity and the Hospital roster picking up on their talent as well as a certain Friction on BBC Radio 1.

Pola & Bryson has been mentioned in our news coverage

Here are the latest Pola & Bryson mixes uploaded to Soundcloud.

Do you promote/manage Pola & Bryson? Login to our free Promotion Centre to update these details.