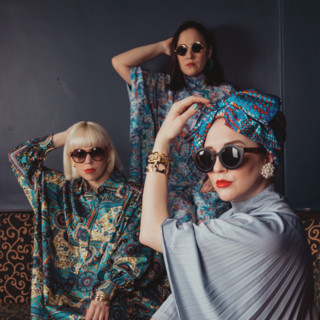 After Holgate had spent time in different bands, mostly alongside guys, she was fed up with being the "token girl" and decided to invest time in finding an all-girl lineup. Once the other three members were recruited, they set to work playing noisy, pop-influenced, guitar-led music that nodded to noted influences such as Hole, the Jesus and Mary Chain, and Beach House.

They packed their rough and gritty live sound with attitude, and after a series of shows in a number of unconventional spaces — such as disused office blocks and hotel basements — they released their first single, "LUVU4LYF," in 2012. Their self-produced debut album, Girls Like Us, which they recorded in a week, arrived in October 2013.

PINS has been mentioned in our news coverage

The 15 Best Rooftop Bars In Liverpool

Here are the latest PINS mixes uploaded to Soundcloud.

Do you promote/manage PINS? Login to our free Promotion Centre to update these details.