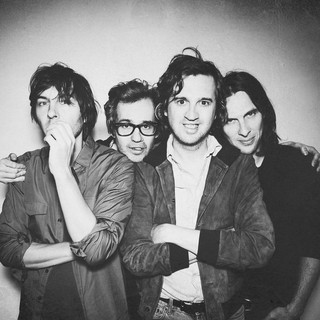 Phoenix is a Grammy nominated French alternative rock band started during their childhood by Thomas Mars, Deck D'Arcy, Christian Mazzalai and Laurent Brancowitz in the suburb of Versailles, in the same culture that produced late-'90s bands such as Air and Daft Punk. Phoenix formed in 1999 and started off as the backing band for a remix of Air’s “Kelly Watch the Stars” single. Soon after, Phoenix released their debut album United in 2000. The name “Phoenix” was officially chosen in 1996 when Laurent Brancowitz permanently joined Pheonix after his other band Darlin' disbanded.

Phoenix has been mentioned in our news coverage

Below is a sample playlists for Phoenix taken from spotify.

Do you promote/manage Phoenix? Login to our free Promotion Centre to update these details.