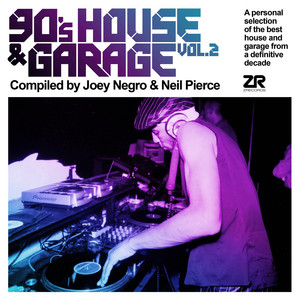 M.V Pearl Of London in London

Get more information about Suncebeat 2022 including festival tickets, news, reviews and lineups.

Neil Pierce may be known as a DJ, Producer,Remixerand Label Manager but all these titles can be summed up with one thing in common – he is a name you can rely on for good quality soulful house music you can dance to. Playing exclusives to classics, gospel to dubs, Neil’s DJ sets are full of energy that never fail to take you on a musical journey that will have you smiling and letting loose on the dance floor.

It was whilst Neil was the Manager of Release the Groove record shop in London’s Soho that he began to make his way in the industry and became friends with many of the people that he would eventually play alongside. It wasn’t long before Neil was DJing at legendary nights such as Garage City and Paul Trouble Anderson’s Loft parties in Camden.

In 2001, a new night was launched at the infamous Ministry of Sound super-club in London. That night was Soul Heavenand it soon became a club night synonymous with playing quality house music with soul. It is of no surprise then that not long after its launch, Neil was asked to be a Soul Heaven resident.Nearly a decade later and Neil continues to be part of the Soul Heaven nights representing the brand in the UK and Worldwide.

In 2003, Neil partnered up with fellow Soul Heaven resident Aaron Ross as producers under the name Fanatix. Since their collaboration, they have made a name for themselves by working with some amazing artists such as Blaze, Kimara Lovelace, KOT, Kenny Bobien, Roy Ayers and Stephanie Cooke, as well as homegrown talents, Terri Walker, Kele le Roc, Jamiroquai, Alex Mills, Don-E and Sunburst Band. Recognition for their music came with releases on respected major ‘house’ labels including Sony, Defected, BBE, Ricanstruction, ZR, Def Jam, Soulgroove and of course Soul Heaven Records.

In March 2008, Fanatix released their debut album, There It Is on London based label BBE to great critical acclaim and the No. 1 spot on Traxsource. Singles from the album included Lesson Learned featuring Kele Le Roc and the massive Love Connection with newcomer Alex Mills working alongside quality musicians such as KaidiTatham (Bugz in the Attic), Mike Patto (Reel People) and Marc De Clive Lowe. The Fanatix success story has gone from strength to strength and in 2009 they had productions such as Fly with Alison Crockett & Nathan Haines which went straight to No. 1 in the Traxsource chart, and a remix of Byron Stingly’sKeep The Love Going, for Nervous Records. The boys also remixed a track for Nathan Haines’s new album.

During this time, Neil also found time to work on some solo projects. In 2005 he set up his own label Hustle Musicwhich most famously is responsible for originally signing The Way You Love Me by Ron Hall & The Muthafunkas featuring Marc Evanswhich is now a house classic.

Neil Pierce has been mentioned in our news coverage

DJ Spen Interview: From the basements of Baltimore

Here are the latest Neil Pierce mixes uploaded to Soundcloud.

Do you promote/manage Neil Pierce? Login to our free Promotion Centre to update these details.