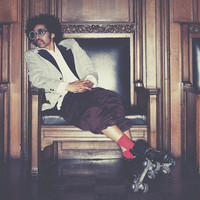 Moodymann / Moody is the moniker under which Kenny Dixon Jr produces and DJs. He is a techno/house musician based in Detroit. He has created a thoroughly hybrid form of techno/house dance music via his innovative use of reworked riffs, samples and grooves taken from that city's historically influential jazz, soul, funk and disco scene. Some call it cut-up Detroit house. He offers a friendly wink backwards at the innovative early 1990s rave scene musicians through his extensive use of old movie sound track samples, mainly culled from the old blaxploitation and b-movie genres.

Read more about Moodymann on Last.fm.

Moodymann has been mentioned in our news coverage

Below is a sample playlists for Moodymann taken from spotify.

Do you promote/manage Moodymann? Login to our free Promotion Centre to update these details.