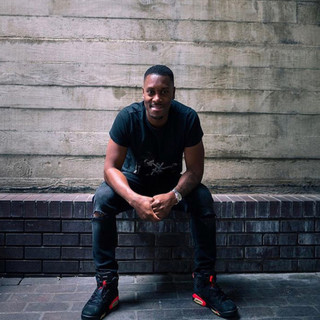 As one of the UK’s premier Club and Radio DJ’s Masterstepz is one of a very select few who have taken things to the next level and become a major success. Today he plays a mix of House, R&B, Hip Hop, Reggae, Dancehall Garage. As well as appearing all over the UK, he is just as popular internationally: Dubai, Ibiza, Ayia Napa, Miami, Holland, Germany, Malia, Switzerland, Sweden, New York, Atlanta, Jamaica, Paphos, Athens and more.

Masterstepz was a long standing and respected member of the Choice FM London team (10 yrs) where he was the ambassador of youth urban music. He previously had his own daily show meeting and interviewing the likes of Mariah Carey (who personally presented Stepz with a Triple Platinum Disc for her “Emancipation of Mimi” album), Alicia Keys, Jay Z, 50 Cent, Mary J Blige, Destiny’s Child, Rihanna, TI, Chris Brown, Pharell, Keri Hilson, Ludacris, Busta Rhymes, Ashley Cole & Rio Ferdinand to name a few!!

Masterstepz’s talents have also spread Stateside. Major US Management / DJ Agency Violator signed Stepz as their first and only UK DJ on their roster (Violator DJ All Stars), alongside heavyweight artists such as Diddy, LL Cool J, 50 Cent, Busta Rhymes.

Masterstepz has been mentioned in our news coverage

Here are the latest Masterstepz mixes uploaded to Soundcloud.

Do you promote/manage Masterstepz? Login to our free Promotion Centre to update these details.