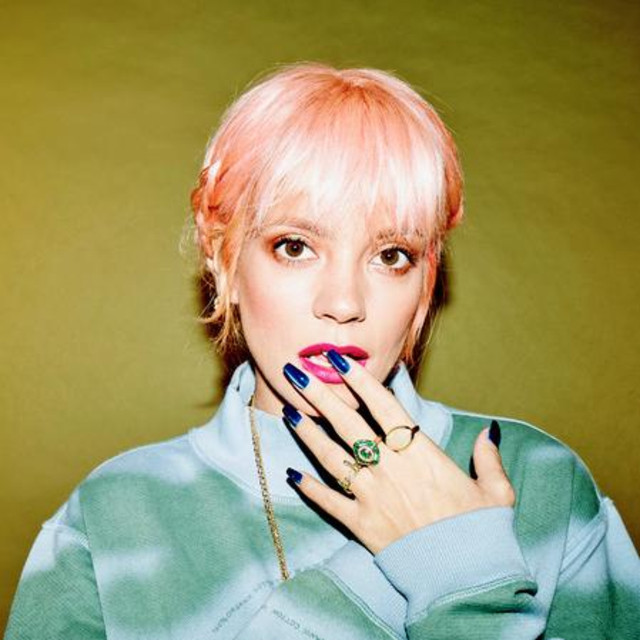 She’s the British pop sensation, whose debut single ‘Smile’ (2006) infected the nation and instantly shot to number one. Baby-faced yet outspoken, she’s both loved and loathed, snapped by the paparazzi just as much off-stage as she is on. When she’s not chilling with Kate Moss on a yacht, she’s posting about her breakfast online. With two best-selling albums under her belt, a highly coveted modelling contract with Chanel, her own fashion line and even a stint as a talk show host, she really is one of a kind, she’s Lily Allen. So go ahead, read about her, and well, just smile.

Lily Rose Beatrice Allen was born on 2 May 1985 in Hammersmith, west London, the daughter of British comedian-come-actor Keith Allen and film producer Alison Owen. Her childhood was turbulent; raised alongside her sister and brother, her parents divorced when she was just three and Allen found herself living in a variety of areas across London, even including a spell in the house of comedian Harry Enfield, whom her mother dated for a period. Disenchanted with education, Allen attended a total of 13 different schools, expelled from several of them for drinking and smoking. In an attempt to tame her, her parents sent her to boarding school. But Lily Allen could not be tamed.

At age 15, Allen threw in the towel and left school. At the time, she wanted to be a florist, although the allure of the music industry was always at the back of her mind. Out of school and in need of work, she moved to Ibiza, where in between partying, she worked in a local record store called Plastic Fantastic, and allegedly dealt in ecstasy. It was a fortuitous move; Allen had been rejected by several record labels, but while on the island, she met George Lamb, the former manager of Audio Bullys and an influential A&R man. Taking a shine to her boisterous attitude, and captivated by some of the lyrics she had penned, Lamb agreed to manage Allen's career. It was through Lamb that Allen was introduced to music producers Future Cat, who proved instrumental in helping the rising star find her feet as a songwriter and supplying her with some catchy backing tracks.

Lily Allen has been mentioned in our news coverage

Musicians Against Homelessness gear up for year two

Below is a sample playlists for Lily Allen taken from spotify.

Do you promote/manage Lily Allen? Login to our free Promotion Centre to update these details.