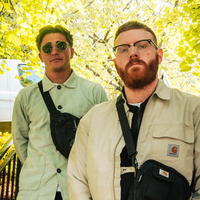 WHP22 - Halloween at The Warehouse Project

The Scottish duo released one of their first singles (‘We Can’t Be Dreaming’) on the London-based label back in November 2020, catching the ears early of tastemakers like Danny Howard who gave his ‘Friday Fire’ and ‘Future Fire Artist’ accolades.

Since then, the boys have gone on to pen their first major record with ‘Dancing Cliché’ coming out on Warner Records, hitting their first 1mil streams and breaking out of the underground club world to win daytime radio spins. As well as landing a remix on the legendary Positiva, lending their skills to SUB-X’s ‘What You Do To Me’, ahead of a year packed with debut shows all over the UK and Europe.

LF System has been mentioned in our news coverage

The best Halloween events to attend in Bristol

Here are the latest LF System mixes uploaded to Soundcloud.

Do you promote/manage LF System? Login to our free Promotion Centre to update these details.