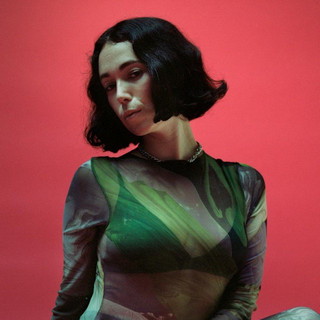 Get more information about Roskilde 2022 Including festival tickets, news, reviews and lineups.

Kelly Lee Owens is an electronic music producer and singer signed to Smalltown Supersound. She debuted in 2015 with 'Arthur' followed by 'Uncertain'. In 2016 she released '1 of 3' and the EP 'Oleic'. Her debut long-player 'Kelly Lee Owens' was released in March 2017.

Kelly grew-up in North Wales, UK, and moved to Manchester for a couple of years before settling in London, United Kingdom where she played bass in The History of Apple Pie and worked at XL Recordings, Pure Groove and Rough Trade East. After contributing with her writing and vocal skills to Daniel Avery's 'Drone Logic', a new collaboration emerged: 'Keep walking'. Another creative collaboration was formed after remixing Jenny Hval's song 'Kingsize (Kelly Lee Owens Rework)'; Jenny features on the single 'Anxi.'. Read more on Last.fm. User-contributed text is available under the Creative Commons By-SA License; additional terms may apply.

Kelly Lee Owens has been mentioned in our news coverage

Now Wave All Dayer at The White Hotel in Salford review

Do you promote/manage Kelly Lee Owens? Login to our free Promotion Centre to update these details.