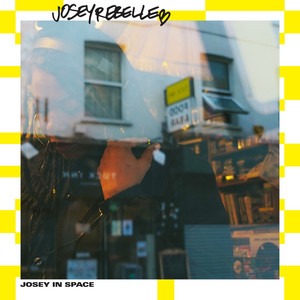 WHP22 - Return to The Depot

Rolling through to every club and radio show with a heavyweight selection that unearths gems both old and new, Rinse FM’s Josey Rebelle never fails to keep the party grooving with her deep and soulful arsenal of house, techno, garage, soul and disco. Her selection, skills on the decks and heartfelt passion for playing music have gained her a solid reputation both in her native London and across the world.

DJing since her early teens, Josey earnt her stripes the old school way – listening religiously to the inspirational sounds of London’s pirate radio stations while practising on a pair of old belt drive turntables using music raided from her older brother’s first-wave house and techno collection.

Eventually feeling confident enough to venture into underground record shops in her school uniform, she started to build her own collection starting with the golden eras of jungle and garage and expanding rapidly to include emerging sounds while never forgetting to keep digging back for classics made and played by the pioneers who paved their way.

As well as DJing at clubs and festivals across the UK and internationally, Josey has been called upon to open for acts ranging from hip hop legend Grandmaster Flash and Theo Parrish to Katy B. She has also had mixes aired on BBC Radio 1 and 1Xtra as well as on her radio ‘home’ Rinse FM, and has held down several residencies, including at London’s underground musical mecca Plastic People.

Josey is also a regular addition to the line-ups of some of the UK’s most respected nights and events, including Boiler Room (having played at the very first official Boiler Room broadcast back in 2010), Deviation, Eglo Records and Rinse. She regularly DJs and runs with east London running collective Run Dem Crew at Nike's Bridge The Gap running events around the world.

Fans in the UK and around the world are able to hear Josey’s selections and humorous chat for three hours every Sunday from 10:00 – 13:00 on Rinse FM, one of the UK’s leading and most-respected underground radio stations. The fact that she is one of a handful of specialist DJs on the station to host an extended three-hour weekly show is testament to both her never-ending love and passion for playing the music she loves as well as her popularity with listeners around the world

Josey Rebelle has been mentioned in our news coverage

Here are the latest Josey Rebelle mixes uploaded to Soundcloud.

Do you promote/manage Josey Rebelle? Login to our free Promotion Centre to update these details.