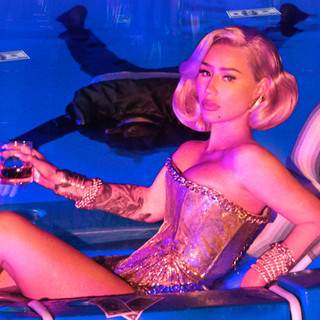 Iggy Azalea (real name Amethyst Kelly), born in Mullumbimby, New South Wales, Australia on June 7, 1990, is an Australian rapper. Gaining notoriety from her sexually-charged buzz single, "PU$$Y", Iggy officially debuted as an artist with the free online release of her debut mixtape, "Ignorant Art", in late 2011; however, she had been involved in the hip-hop industry for nine years prior.

Iggy Azalea has been mentioned in our news coverage

The most bizarre gig cancellations in music

Sean Paul announces Manchester show - find out how to get tickets

How to purchase your Sean Paul Cardiff tickets

Below is a sample playlists for Iggy Azalea taken from spotify.

Do you promote/manage Iggy Azalea? Login to our free Promotion Centre to update these details.