» Events » Events by artist » Funke and The Two Tone Baby 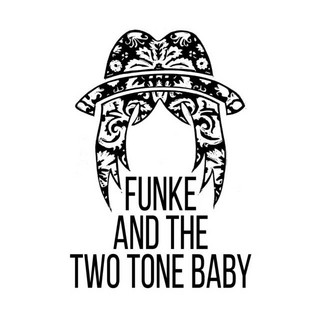 Funke and The Two Tone Baby tickets and 2021 tour dates

Funke and the Two Tone Baby

The Louisiana in Bristol

Funke and the Two Tone Baby is a one man sonic explosion. Uncategorized and uncharted. Jammed halfway between frenzied alt-blues and metronomic dance beats. Combining guitar and harmonica with beatboxing and effects that seamlessly collide the organic with the mechanical to create a fresh sound of unstoppable rhythm and unrelenting melody.

Beyond the double microphones and trademark trilby is Dan Turnbull, a multi-instrumental battery spinning musical plates. A powerhouse to the ears and a blur to the eyes who smashes stage, festival and string after string whilst sweeping up audiences and dropping jaws from Boomtown Fair to Kendal Calling and Secret Garden Party to Convoi de Fete (NL).

Underpinning performances is â€˜Balanceâ€™, released summer 2015 and heralded as â€˜a masterpiece of an albumâ€™ by Louder Than War. Balance is a record that mixes musical mastery with an unhinged romp and a tour de force of powerful songwriting, heavy production and a â€˜superb collection of musical vignettesâ€™ (R2 Magazine). Youâ€™ll hear a full band before you see one man behind a wall of sound, so move your feet and dance off your face.

Below is a sample playlists for Funke and The Two Tone Baby taken from spotify.

Do you promote/manage Funke and The Two Tone Baby? Login to our free Promotion Centre to update these details.