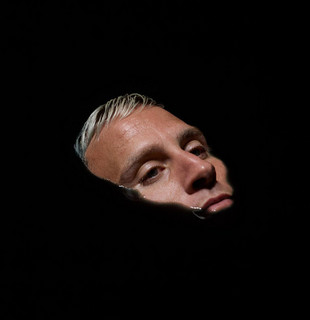 Having emerged from the shadows of Bristol’s fabled drum and bass scene, Eli Brown has rapidly established himself as an artist of real distinction in the house world, with his singularly sinister, twisted records having made an immediate impact. Repopulate Mars, ViVA Music, Toolroom and more have all recognised Brown’s raw, sometimes caustic talent: if you’re looking for dance music with character, you’re in the right place.

Having moved with enviable ease between these two distinct musical scenes, Eli Brown’s talent in merging the weighty Bristolian bass lines of his D&B past with the classic vocal hooks and caustic synth melodies of house music has been a runaway success, with his unique take on club music already finding its place as a dancefloor staple.

With such an assured house catalogue already under his belt its easy to forget that Brown is a newcomer to the scene, having only made his debut in December 2016 with Can You Feel It / Acid Test on Skream’s Of Unsound Mind imprint – an artist who knows more than most the challenges of switching between genres. This debut outing led to both a follow up EP Got The Power EP in April 2017 as well as a collaboration with Skream himself on Lagos.

With labels like Steve Lawler’s Viva Music (3am EP May 2017), Toolroom Records and Lee Foss’s Repopulate Mars championing Brown, he continues to both gain support from established figures in the house world and find his music resonating with fans: his 2017 track Sumatra released on Toolroom in late 2017 was one of the biggest selling tracks of the year.

Airplay of 4/4 sub-bouncer 'Acid Test' from BBC Radio 1 tastemakers Annie Mac and Monki, and A-list DJs Groove Armada, Leftwing & Kody and Solardo on Rinse FM have further enhanced the standing of Brown and his music, with the result that labels are now falling over themselves to sign his records. The first few months of 2018 along sees releases with Lee Foss’s Repopuate Mars, Green Velvet’s Relief, Solardo’s Sola and elrow: an impressive roll call by anyone’s standards

February 2018 also see Brown make his debut at arguably the world’s greatest club fabric, an incredible endorsement given his relative newbie status in house music and further proof – if any was needed – that he is right at the cutting edge of electronic music. If you’re not already on Eli Brown’s runaway train, you’d better act quickly.

Eli Brown has been mentioned in our news coverage

Here are the latest Eli Brown mixes uploaded to Soundcloud.

Do you promote/manage Eli Brown? Login to our free Promotion Centre to update these details.